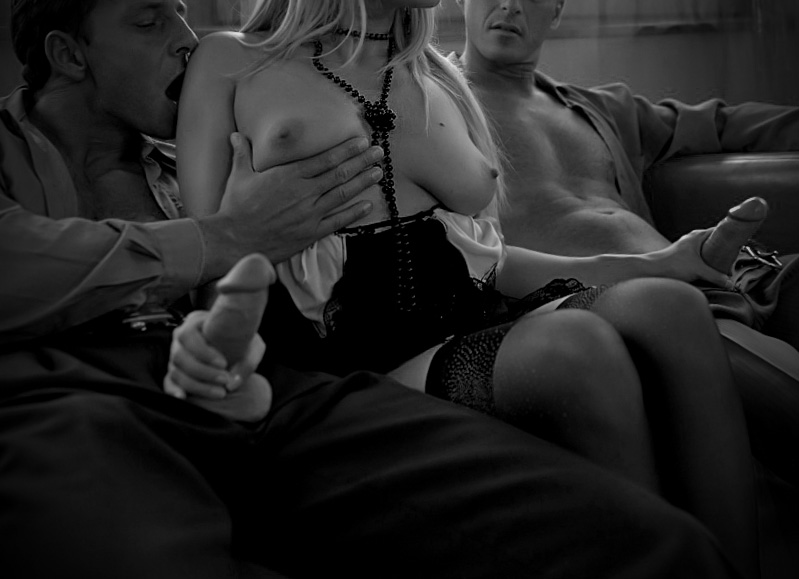 One summer evening while watching some television one of my on-line boy friends stopped in for a surprise visit to say hello. We invited John in for a drink and to watch some television with us. Before my husband could start into his channel surfing I snatch up the remote and hand it to John saying “Your our guest, you get to chose!”. John finds an old ‘B’ movie he likes and we all watch and joke while pointing out the flaws. During commercials John surfs the other channels (like all men) but this time he managed to bump the DVD player into action. I could not’t believe my eyes. My husband had been watching a movie he made of us having sex. There I was, naked, and slowly sucking his cock. I had shared some of my nude photos with John before so it was not like he had never seen me naked. Not knowing what to say I just stare at the movie in silence with my husband sitting in his favorite chair with a huge grin on his face. After a few minutes pass I can’t help but notice the bulge forming in John’s pants. I have fantasized about riding his large cock many times and now it was right next to me on the couch.

No comments to show.